Chocolate marshmallow teacakes, you mean Viva Puffs?  or Whippets?  Once again we venture into the world of translations between countries.   The UK named chocolate marshmallow tea cakes, a perfectly respectable all be it confusing name has turned into something strange and nonsensical over here.  Chocolate marshmallow – well that’s just accurate, tea cake – ok a bit confusing because it’s not really a cake but it sounds nice.  Now across the ocean, we took virtually the same thing and thought Viva Puff (when we get fancy and put a filling inside) or Whippet.  ‘Cause that makes sense.  Oh branding, and language, why must you be so bizarre.

While trying to figure out what I was about to bake I looked into the chocolate marshmallow treats and found a whole Wikipedia page devoted to the many variations.  It was actually really interesting (at least for a baking nerd like myself).  These little puffs caused some drama in the UK when a debate about their status as a cookie or a cake led to legal action.  I also learned that some areas of Quebec refer to these cookies as “Nun’s Farts”.  And with that piece of information, I reached the bottom of a chocolate marshmallow internet rabbit hole. I quickly closed the browser and got to work.

First order of business was making the digestives.  I ended up tripling the recipe since I wanted to make some extra for my Dad who really likes a good crunchy digestive. The extra volume combined with the dry mixture meant I was just kind of pushing around flour and sugar crumbs for ages.  The dough did not want to come together.  John (one of the bakers from this series) did warn that this was a very short mixture but it was worse than I expected.  After a few minutes of sort of mashing things together, I washed my hands and may have “forgotten” to dry them off before putting them on the dough again. Finally, with the extra moisture, I was able to get a dough and roll out my biscuits.

Next up was the chocolate.  This time I didn’t even attempt to find the pan/mould in any baking stores in the area.  I went straight to Amazon.  With my mould in hand, I started melting my chocolate.  I cheated and used the microwave rather than a double boiler and it worked great.  The moulds were easy to coat and the digestives even easier. 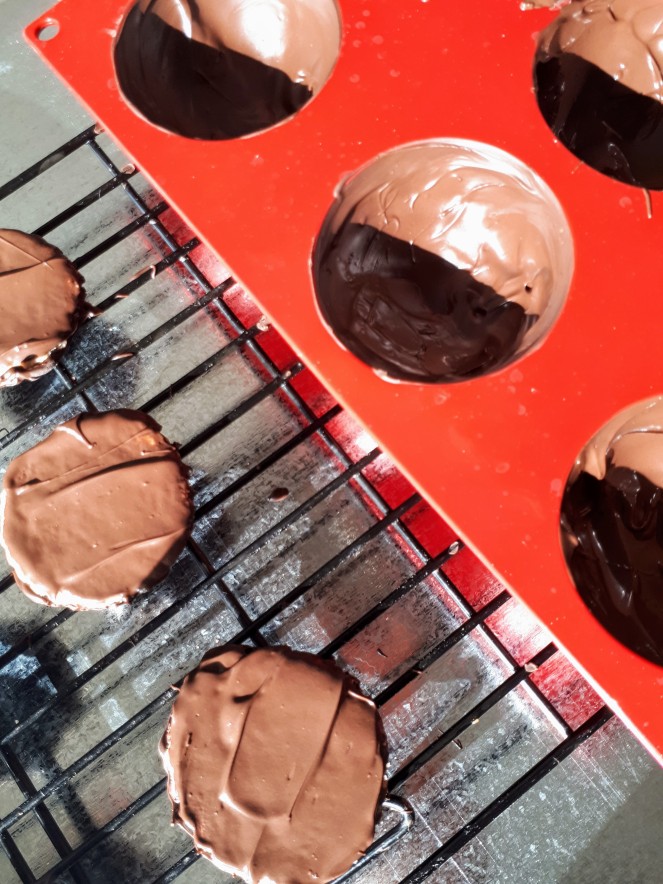 So far so good!  Next up marshmallow.  I was a little confused by the marshmallow portion of the recipe since it didn’t seem like any marshmallow I had ever made before.  There is no gelatine and it appears to be a swiss meringue.  This my friends, might be one of the key differences between a chocolate tea cake and a Viva Puff etc.  The commercial Canadian versions that I’ve tried have true marshmallow centres.  I think I have a future as a chocolate marshmallow treat international consultant.  Either way, I started on the filling.  And then quickly stopped making the filling as my bowl over the water exploded and marshmallow/meringue went everywhere. 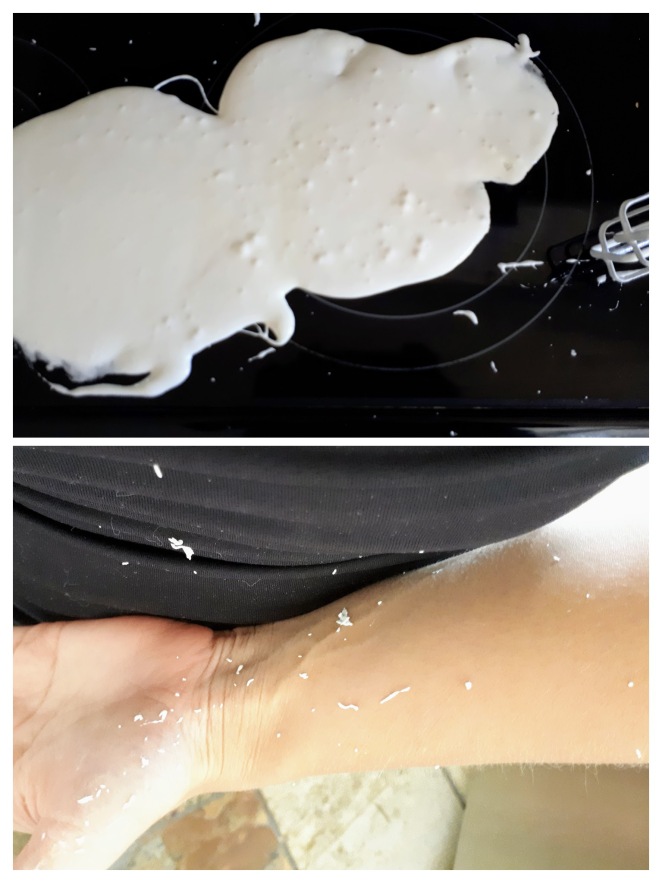 1 bowl and a lot of sugar and eggs later I had my filling. 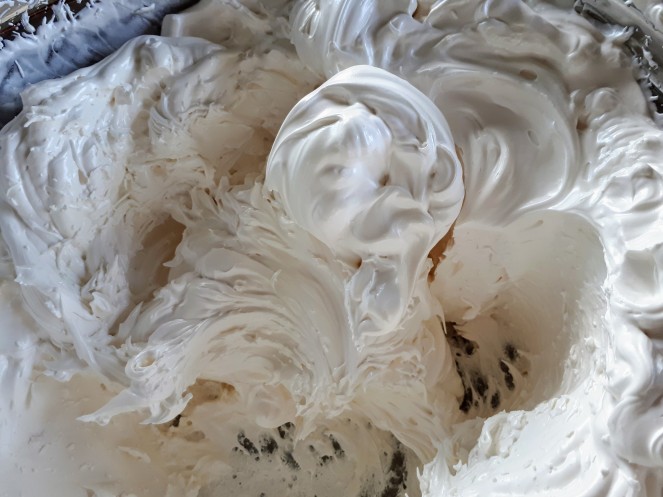 As I piped into the chocolate domes I was alarmed at how little “marshmallow” was needed to them up.  After all the domes were filled I still had one massive zip lock bag of mallow left over!  And that was after several taste tests revealed that the Swiss meringue type filling did taste exactly like a marshmallow.  I am now taking suggestions for how to use up massive amounts of marshmallow type meringue. 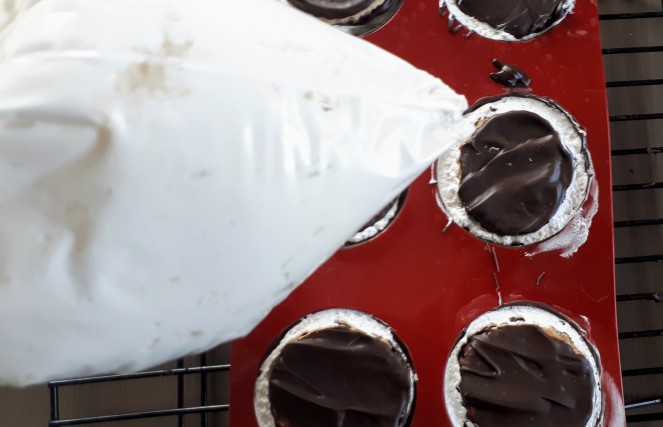 One last step stood between me and Chocolate marshmallow tea cake completion and that was sealing the digestives to the marshmallow filled domes.  I had a really tough time getting the cookies flush with the sides of the moulds and an even harder time getting the chocolate on the bottom smooth and even.  So hard a time in fact that I failed at it miserably.  When all was said and done these tea cakes did not have a solid base to stand on, they were rocking and chipped around the edges.

Despite the unprofessional bottoms and a quickly turning bag of marshmallow on my counter, the tea cakes came out ok.  They had a nice shine on top and held together when they were popped out of the moulds.  My husband said they tasted good and I can vouch for the filling.  So there you go, whatever you call them; chocolate marshmallow tea cakes, viva puffs or nun’s farts, I made some.

Now I’m off to mentally prepare for the Frasier Cake….pray for me oh farting nuns!

View all posts by agoodbake